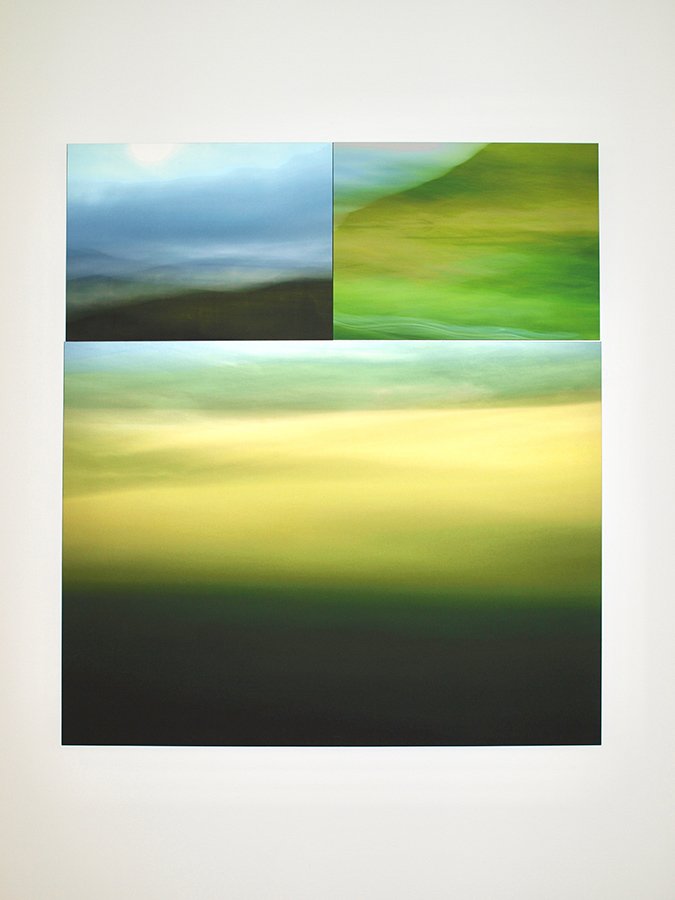 The images composing Welsh Triptych speak to the pastureland rurality of Wales, one of the poorest countries in Western Europe, where, like the Brazilian Amazon, sustainability refers to the preservation of cultural identity and minority language as significantly as it does environmental biospheres. The triptych suggests a green ceremonial standard–the banner of a new political ecology.